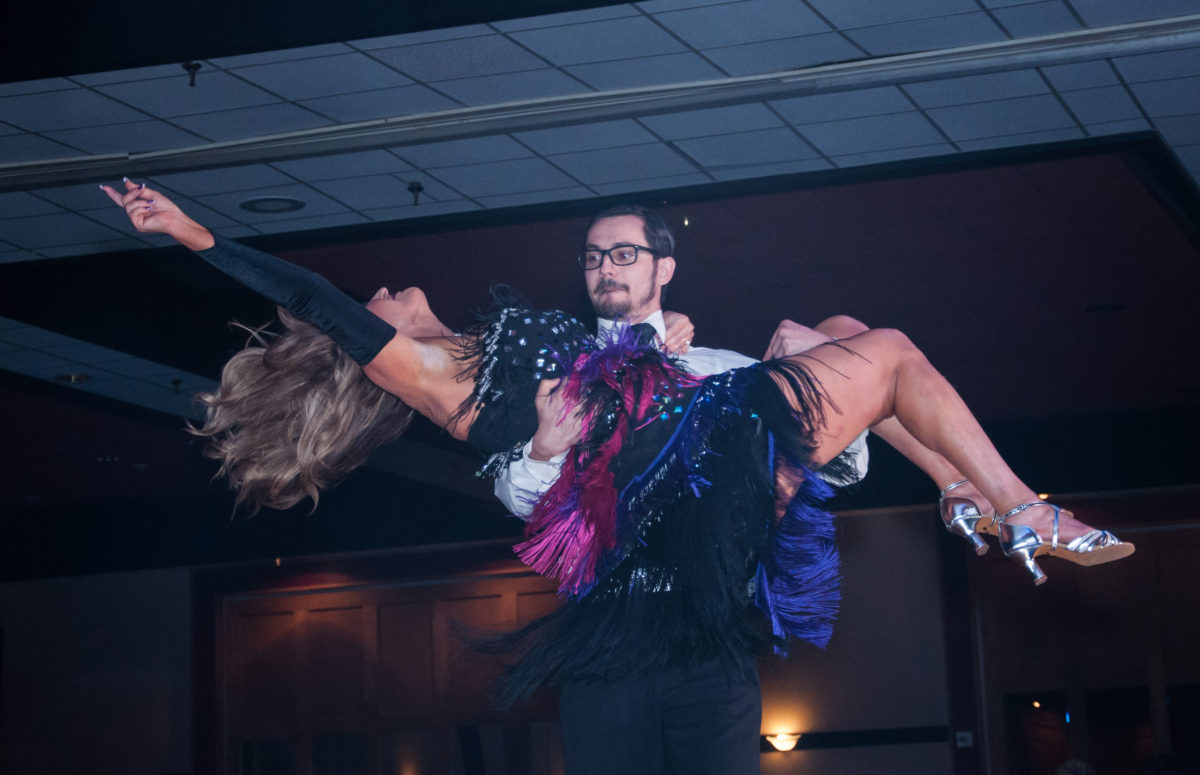 ODESSA, 2/13/2017 – The Crisis Center’s third-annual Dancing With West Texas Stars did not disappoint in flash, extravagance or substance as it entertained audience members from the Permian Basin for a worthy cause.

Local celebrities and community leaders joined forces with professional dancers to raise over $191,000 for the Crisis Center, which it will use for general operations in its mission to stop domestic and sexual violence in West Texas.

Odessa attorney Cindy Weir-Nutter dazzled the stage with her unique routine and stunned off of the stage, fundraising over $42,000 to take home the Grand Prize Crystal Ball Trophy. She and Midland community volunteer Karmen Hendrix Bryant combined to raise over $85,000 for the Crisis Center.

The fun did not end there. The news of a $1 million donation by the Wood family to fund the new Louise Wood Angel House Shelter spurred a challenge gift of $150,000. The announcement led to an additional $200,000 being pledged to fund the Crisis Center’s planned $5 million shelter designed by JSA Architects. This totaled $350,000 pledged for the sake providing a more suitable space for West Texan’s fleeing domestic and sexual violence.